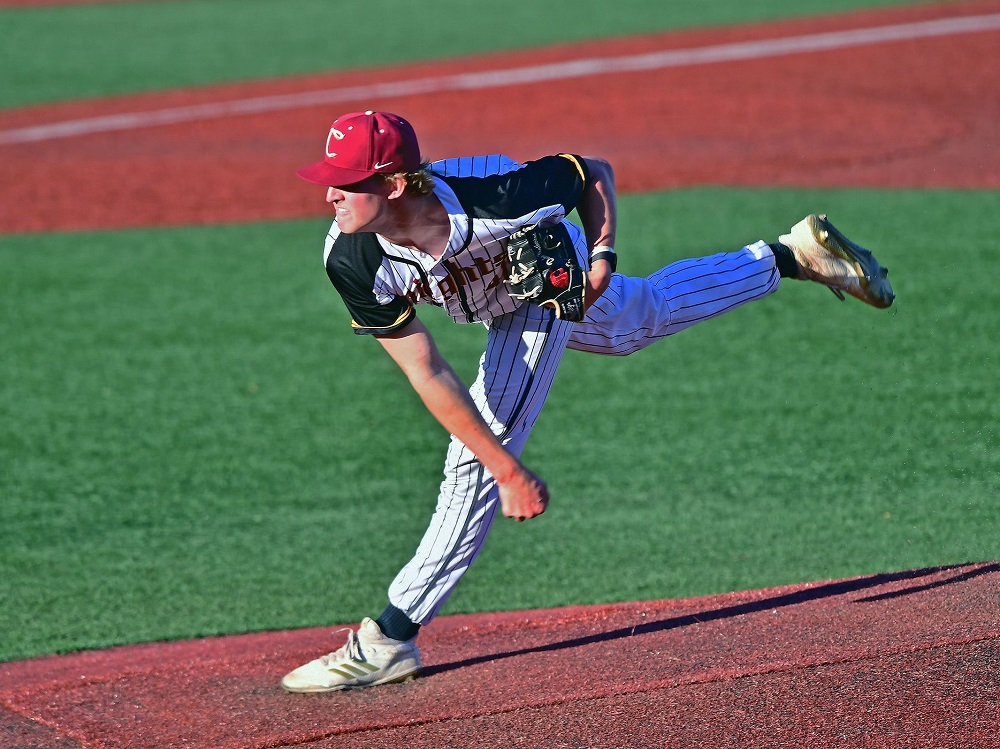 Brady Lavoie (San Diego State) and Ethan Loveless (Portland) each stung 2-run homers in the fourth inning. It was the third homer of the year for Lavoie and the second for Loveless.

The Knights (26-13, all, 26-12 WCL, 8-4 second half) clinched the series by improving to 6-1 in their last seven games. They scored twice in the first and second innings, four times in the third and the homer-fueled four-run fourth put them on top 12-1.

Kiko Romero (Arizona in 2023) was 3-for-5 with a triple, two singles, two RBIs and a steal. Ely Kennel (Oregon State in 2023) had two hits and two RBIs and Ryan Stafford (Cal Poly) had two RBIs.

Every Corvallis starter had at least one hit and one run.

Corvallis starter Duke Brotherton (pictured, above) of Washington State gave up one run in five innings for his first win since June 16. He spaced four hits, struck out four, retired the final seven batters he faced in order and dropped his ERA from 6.43 to 5.26.

The Knights then host the Portland this Friday, Saturday and Sunday. A nonleague game with the Northwest Star Nighthawks (July 25) and games with Springfield (July 26, July 28) complete the homestand.