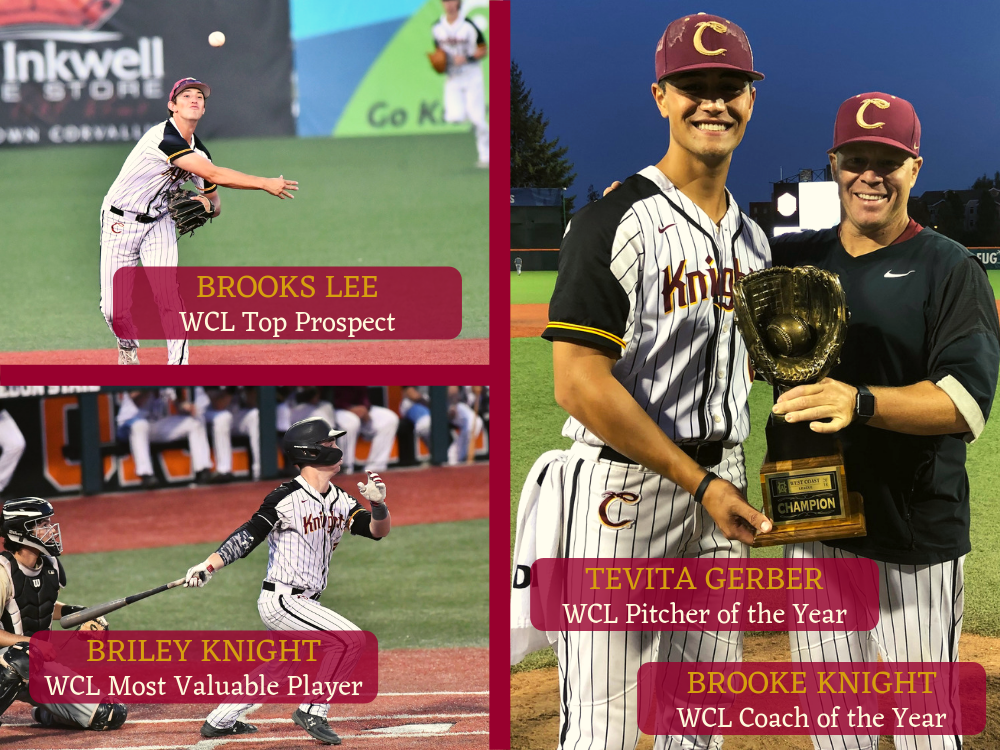 Corvallis, the Perfect Game Summer Collegiate Team of the Year, landed a team record number of Knights on the all-West Coast League first team in addition to earning all four individual player/coach awards.

Sophomore-to-be Briley Knight of Utah was named the league’s Most Valuable Player and also earned all-WCL first-team honors. Knight led the league in several offensive categories including on base percentage (.460), slugging percentage (.621), total bases (113) and extra base hits (29); and finished second in the league in hitting (.357) and RBIs (42) while blasting 8 home runs.

Holcroft, who redshirted as a frosh, led the WCL in batting average (.368), at bats (223) and hits (82). He broke the league’s single-season hit mark and set a new Knights single-season record for at bats. He also stole 22 bases, scored 51 runs (tying for the WCL lead with Andy Atwood) and collected 33 RBIs while playing an outstanding outfield.

Corvallis was also represented on the all-WCL second team as pitchers Jackson Arnsdorf of Corban and David Watson of Utah were both selected. Junior-to-be Arnsdorf went 5-1 with a 1.70 ERA and sophomore-to-be Watson tossed 47 innings, struck out 45 and posted a 5-1 mark and 4.02 ERA.

To check out the all-WCL teams, please click here.