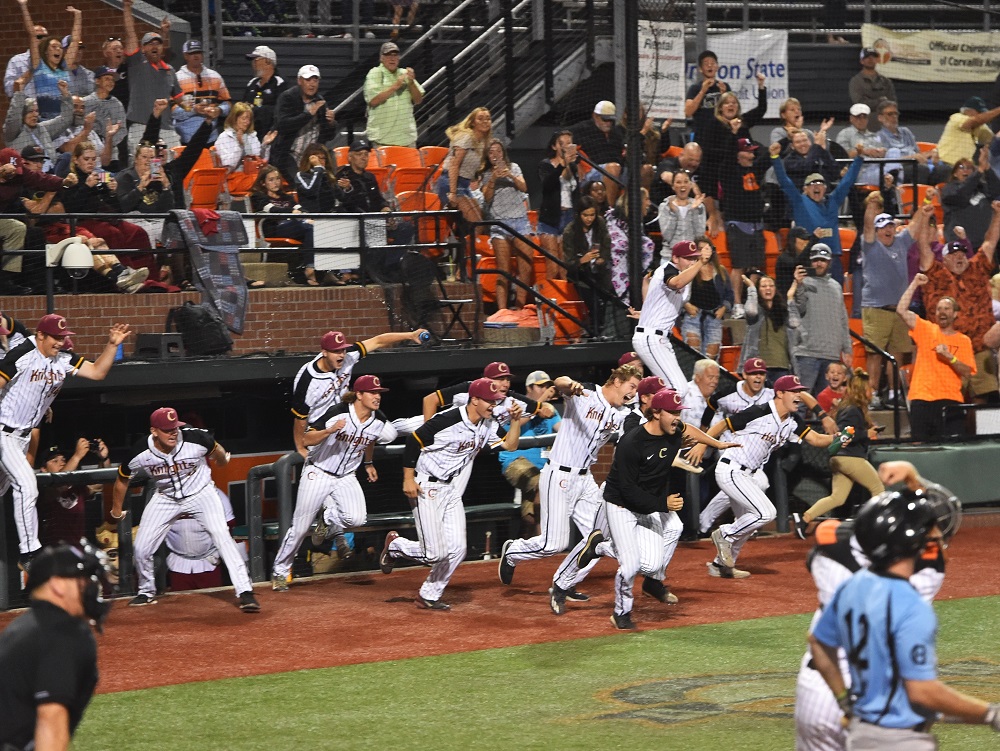 “We’re excited to defend our WCL title this summer in front of our amazing fans at the best college park on the West Coast,” said team president/gm Bre Miller, who is celebrating her birthday today with the release of the 2018 WCL schedule. “Our schedule features some great dates from mid-June through our final home series in August.”

Corvallis will open its 2018 season with its 7th annual Science, Engineering & Art Day game at Goss Stadium on Wednesday, May 30th at 10 am versus the Portland Sea Dogs in a non-league contest.

The Knights then hit the road for Kelowna, British Columbia on Wednesday, June 6 to open WCL play at Elks Stadium vs. the always tough Falcons.

And we relish the opportunity to host the Portland Pickles – the WCL’s most recent addition – for the very first time June 26-28.

Our annual Oregon State Credit Union Fireworks Night is slated for Tuesday, July 3rd where the Knights will face the Utah Marshalls, a team comprised of Pac-12 commits, for the first time in a non-league match.

This summer’s home dates are:

To book your group for a Corvallis Knights game this season, please contact Bre Miller at (541) 752-5656 or by emailing Bre at [email protected].

Season tickets are currently on sale. To reserve your seats, please call (541) 752-5656 or feel free to visit our downtown office at 301 SW 4th, Suite 100 to order. You can also purchase season tickets online by clicking here.