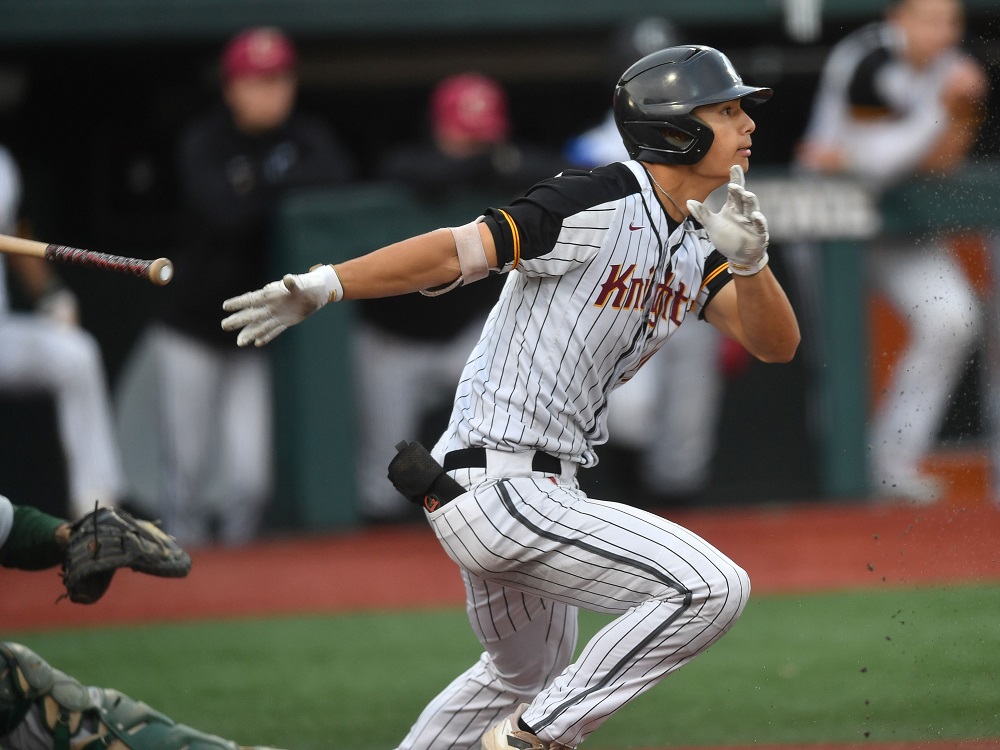 Sunday, August 7, Ridgefield, Wash. – The Knights finished the regular season with a 4-3 loss at Ridgefield.

Jonah Advincula (Washington State, pictured above) homered and singled for the Knights (41-16 all, 39-15 WCL, 21-7 second half), who allowed single runs in the sixth and seventh innings to erase a 3-2 lead.

Future Lane CC Titan righty Nathan Marshall, a West Albany grad who is not on the team’s playoff roster, made his first league start and allowed two solo homers in five innings. He struck out three, walked one and was in position to be the winning pitcher before the Raptors came back against the Corvallis bullpen.

The Knights will open their quest for a sixth-consecutive WCL championship at Yakima Valley on Tuesday night in the opener of the best-of-3 South Division playoff series. Utah righty Cam Day (2-0, 0.48) is their projected starter. The Knights were 6-0 vs. the Pippins in the regular season.

As a reward for having the WCL’s best overall record, Corvallis will host the one-game South Division Championship on Aug. 13 and the WCL Championship Game on Aug. 15 if it advances that far.