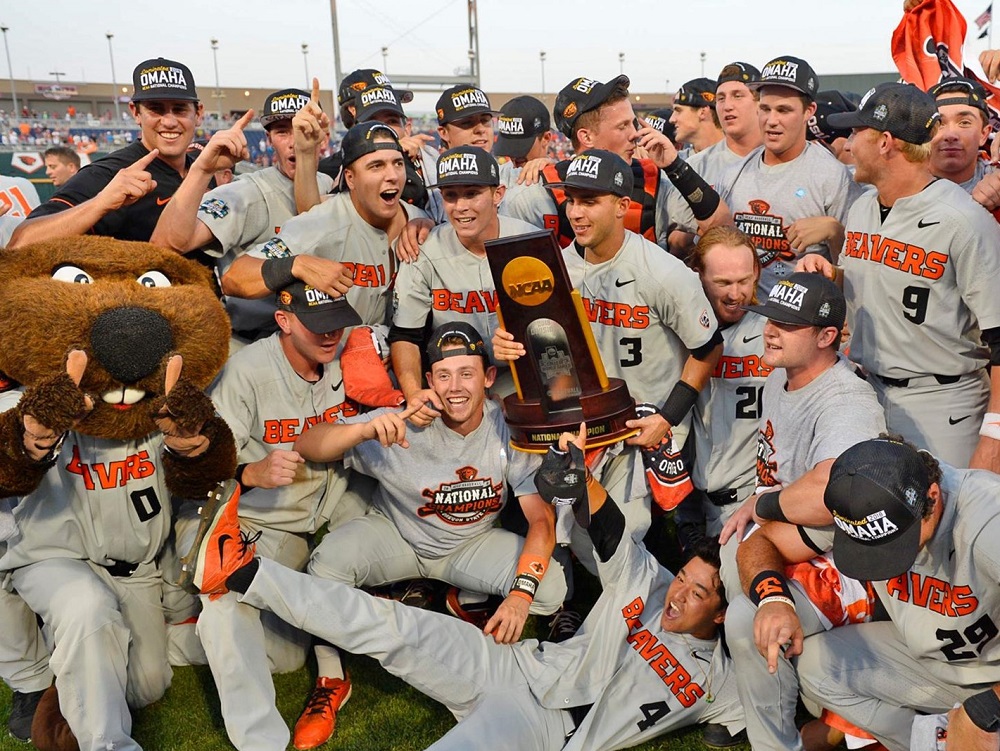 The Corvallis Knights regularly scheduled Friday night contest vs. the Walla Walla Sweets at OSU’s Goss Stadium has been cancelled to accommodate the National Champion Beavers celebration event scheduled to start late Friday afternoon at a time to be determined at Goss Stadium.

Friday’s game will be rescheduled as part of a doubleheader on Sunday, July 1 – pitting the Knights and Sweets – that will start at 12:30 pm with gates opening at noon. Game two will start at 3 pm.

Corvallis will open its series with Walla Walla on Saturday, June 30. Gates open at 5:30 pm. First pitch is set for 6:30 pm. On Saturday, the world famous ZOOperstars! return to Goss Stadium, presented by Andersonblues.

Fans with tickets to Friday’s game can use them to attend Sunday’s doubleheader or exchange them at the Knights Goss Stadium box office for a future game with the exception of Fireworks Nights.

Come join the National Championship celebration tomorrow afternoon at a time to be determined.

Hope to see you at OSU’s Goss Stadium tomorrow afternoon.