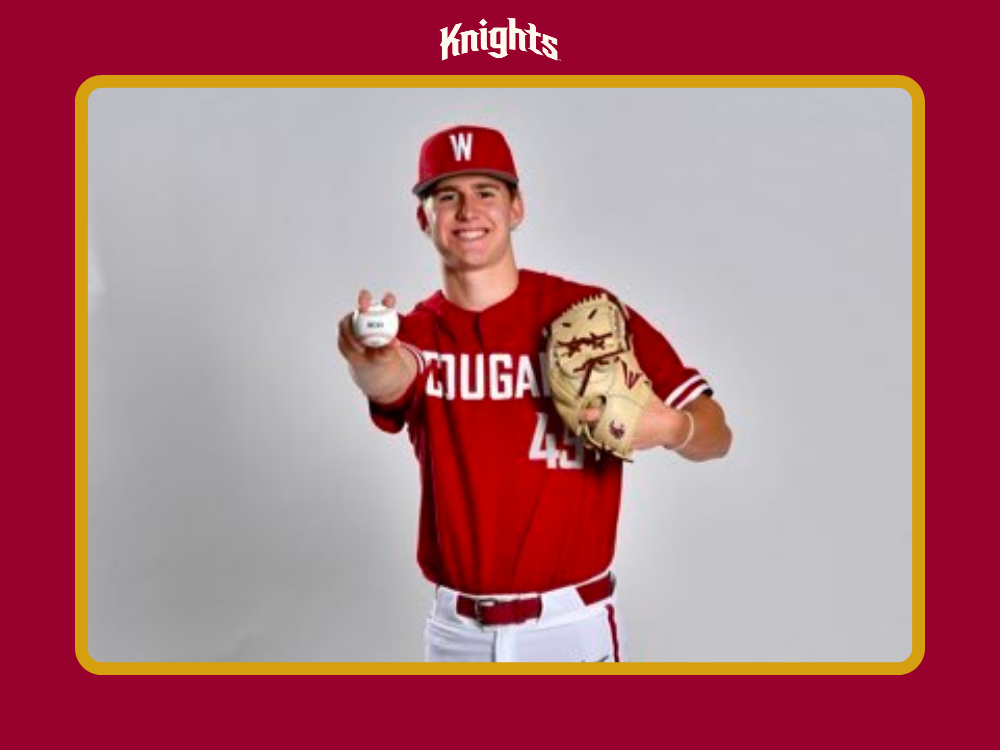 Brotherton shined this past Thursday, June 16 tossing five scoreless innings at Cowlitz while allowing only one hit, walking none and striking out 7, as the Knights shutout the Black Bears, 9-0.

Corvallis pitching has excelled early, posting a league-low 1.33 ERA and opponents batting average of .151. Over 81 innings pitched, Knights hurlers have only allowed 21 walks while striking out 81.

Over 9 games, Knights starting pitchers have allowed only 3 runs and 2 earned runs.

Brotherton has made two appearances and one start this summer. He has not walked a hitter nor allowed a run while striking out 10 over 7 innings pitched.

Starters Jesse Barron of San Francisco and Kaden Segel of Linn-Benton are both 2-0 and have yet to give up a run. Over 10 innings pitched, Barron has allowed only 4 hits and has not walked a single batter while striking out 15 in two starts. Segel has also only allowed 4 hits while walking three and striking out 9 in three appearances, two starts and 11 innings pitched.

Corvallis starters have tossed 43.2 innings pitched and posted a microscopic ERA of 0.41.

The Knights 9-0 start is a franchise best.

Duke Brotherton’s next start is set for Thursday, June 23 at Goss Stadium.