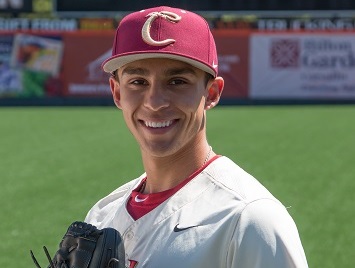 Alum Nick Madrigal (pictured, above), our 2015 Most Outstanding Player, was named to D1Baseball.com’s preseason All-American team on Tuesday. He was a first-team selection.

It’s the second preseason honor for the Oregon State junior middle infielder. He was also named a first-team All-American by Collegiate Baseball in December.

Congrats to Nick, a first-team West Coast League all-star in 2015.

Alum Cody Lenahan (2013) has signed a contract extension with the Lake Erie Crushers (Avon, Ohio) of the independent Frontier League. The University of Portland infielder hit .227 in 84 games in 2017, with 11 homers and 50 RBIs.