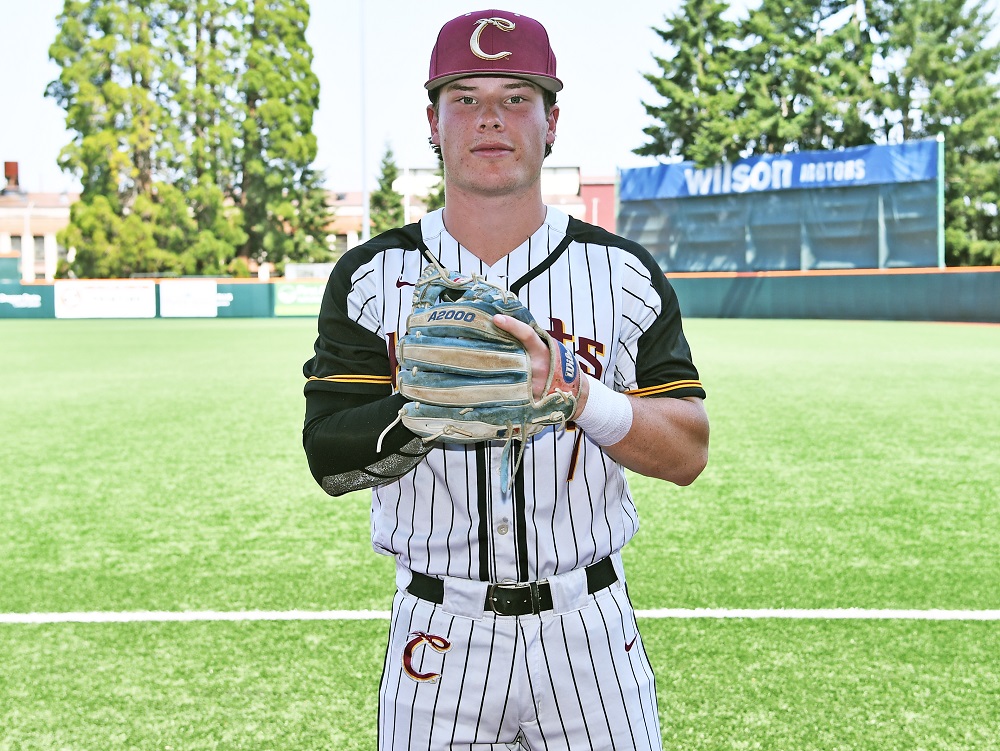 Friday, July 16, Corvallis, Ore. – Lefty Ethan Ross took a no-hitter into the sixth inning and got the decision as the  Knights defeated Portland 6-4 before a crowd of 1,465 at Goss Stadium.

Ross (San Jose State) walked the first hitter and then retired 15 Pickles in a row. He lost his rhythm after a long Knights’ at-bat in the bottom of the fifth, and gave up a hit and two walks in the sixth before being relieved with one out and the bases loaded.

Those runners eventually scored and the Pickles subsequently drew within 5-4, but three relievers combined to protect the lead and his victory. Ross struck out nine and walked three.

It was the fourth win of the summer over the Pickles for the Knights (24-7 WCL, 6-1 second half, 29-9 overall), who swept a series in Portland on June 24-26. Corvallis won the South Division first-half championship and clinched a postseason playoff berth.

He also stretched his WCL hitting streak to nine games in a row, with eight consecutive multi-hit games. Bazzana is hitting .537 (22-41) during that span.

“I just been a roll a little bit lately, just feeling confident in the [batter’s] box,” he said. “I felt good before the game and once I’m on base, the guys do a really good job of scoring me.”

Third baseman Taison Corio (Cal Poly) was 2-for-4 with two RBIs and a stolen base and shortstop Riley Way (Lewis-Clark State) tripled twice and scored.

“We’re both pretty athletic, pretty skilled,” Bazzana said of Way, the leadoff batter and his his middle-infield partner. “We’re just trying to go up there and get a good pitch to hit.”