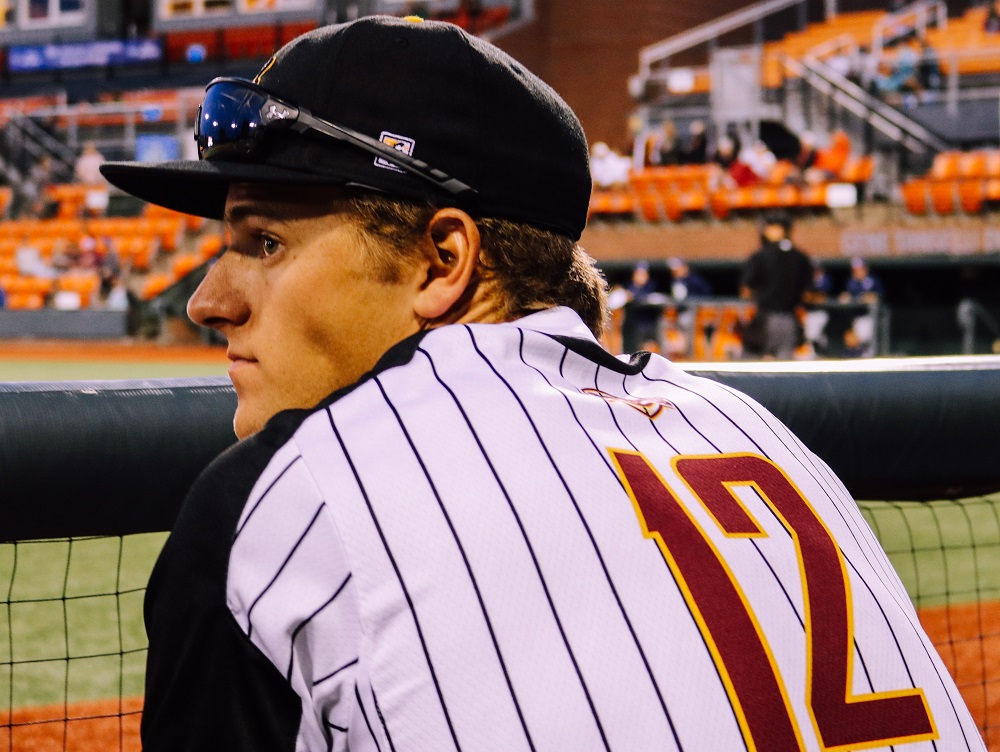 The Corvallis Knights announced their team awards this morning as voted on by the coaching staff and club CEO Dan Segel.

Anderson (pictured) played stellar defense in center field and led the team in hitting with a .337 batting average; and in doubles with 20 and stolen bases with 26. The senior shattered the Knights single-season mark in both at bats with 258 and hits with 87.

Chandler started in the 2018 WCL All-Star Game and was named second-team all-WCL.

In addition to his MVP honor, Chandler was the recipient of the Joe Segel Hustle Award, named after club’s co-founder Joe Segel.

Bourassa, a senior, was masterful all summer and earned West Coast League Pitcher of the Year honors and was a first-team all-WCL selection as Landen led the WCL in wins with 5 and ERA at 1.95.

Haffar followed up his freshman spring at UCR with a breakout summer posting a 1.14 overall ERA over 13 appearances and 31.2 innings pitched. The right-hander went 5-0 with 3 saves and struck out 33.