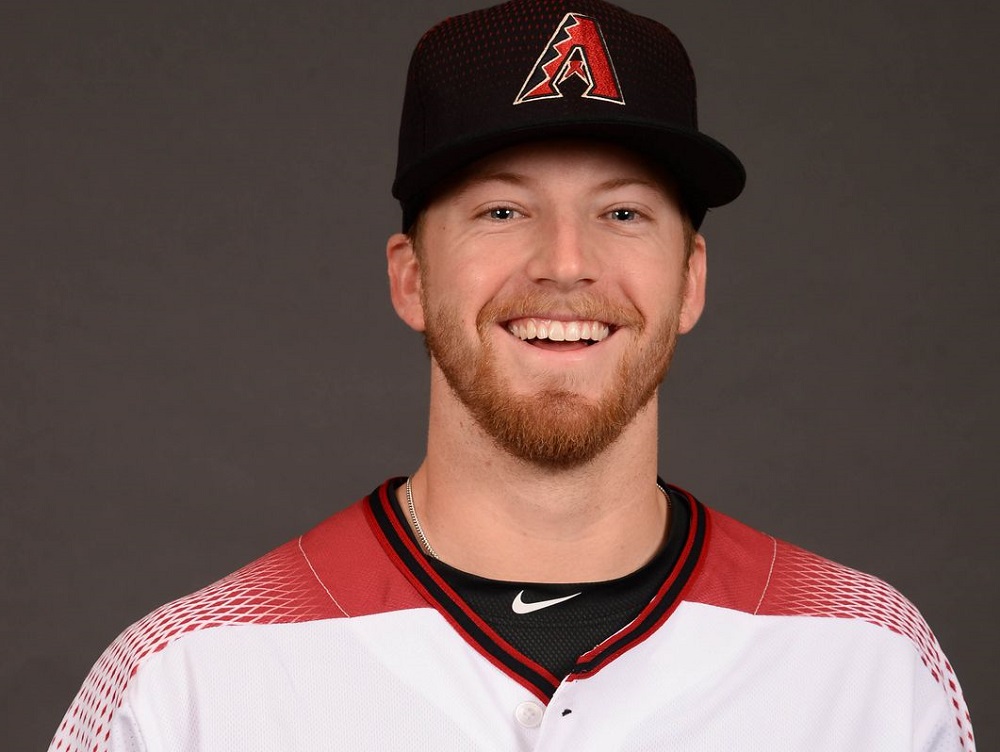 Reno Aces (AAA) closer Jimmie Sherfy was called up this morning by the Arizona Diamondbacks. This afternoon, Sherfy debuted for Arizona at Target Field vs. the Minnesota Twins of the American League.

Sherfy pitched a perfect bottom of the 7th inning retiring Brian Dozier on a ground out to shortstop before closing out the inning with two strikeouts.

The Twins beat the Dbacks 12-5 to sweep the series. Arizona now travels to the New York to play the Mets in a four-game series.

Jimmie Sherfy starred at University of Oregon where he recorded 40 saves over his three-year career and was named first-team all-American by the National Collegiate Baseball Writers Association after his junior year.  He pitched for the Corvallis Knights following his freshman spring at Oregon and was a key member of that summer’s WCL championship club.